Posted on February 19, 2014 by neuroticphilosopher 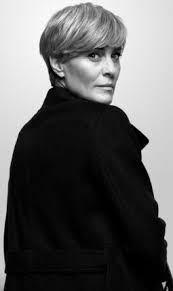 Now why would I not write about Francis (Frank) Underwood and Sherlock Holmes? Both Kevin Spacey and Benedict Cumberbatch, emphasis for girlie screams at the latter, are really beyond compare in my mind. To anyone. However their characters on my favorite TV shows are not as enigmatic as their wife or older brother. Sherlock is brilliant, observant and despite professing all kinds of sociopathic feelings, is very perceptive and even human when needed. Which is actually an essential trait for a good detective, because having an genius type rival is not that common, and even if the main rival is that type, the people he will work for and with are not likely to be all geniuses. Therefore, perception of the generic human nature is indispensable for a detective. No matter how bored with and apathetic to the plight of people with much lower intellect, than his own, he claims to be.

As for Frank Underwood, well, other than being more amoral than even (his surrounding) current crop of politicians, he is nothing special. He doesn’t have a conscience, so he doesn’t have anything to ignore. He lies, he kills even, is a hypocrite and has no qualms. So what. Most people do most  of these things,  they just do it in smaller measures, battling  a conscience or morals or just the fear of being caught. He takes big risks for bigger gains, yep.. so do a lot of traders in stock market. He has clear goals: immense political power. He rose to be the President ( oops, spoiler alert!) not because, admittedly, a rather sharp mind for contingency planning, but because of  what we the people call, pure luck favoring his orchestrations. He seizes every opportunity that was offered and bargains for others. Great politician and even better actor ( well, ha! it is Kevin Spacey!) Full score ( to Frank Underwood) for acting skills that fool other seasoned politicians in particular. Although, most of them, other than the liberal leader Rep. Donald Blythe (Reed Birney),  just want to take the path with minimal personal damage ( including that of morals) and highest personal gain. Francis doesn’t need supernatural bartering or black mailing skills, when the President can hardly fire his entire cabinet  nor can he separate himself from his party. Whereas, Francis can move upwards and will do them favors if they just stay out of his way and do what he says. It is the President, that appears to have the most vulnerable position, who takes all the falls and discredit, while mostly being blind sided ( true story, that!). He should, as Ronald Reagan did, have kept his ostensibly  non-political business adviser (Raymond Tusk) by his side, the only way to safeguard against people’s political motives.  Or, have had a wife like Claire Underwood.

Claire is the woman not easily defined and defies definition and boundaries. Undoubtedly TV’s most complex and enigmatic characters, as only a woman can be. Instead of the quintessential politician’s wife who appears to be supportive of a cheating husband, played over and over my real and reel life politicians’ wives, she is a wife who can make a smart woman, half her age – having an affair with her husband, feel like an insect, easily stamped on. She is the one with real power because she wields it without display. All the good wives standing beside their husband as they confess to cheating, even if it is just to preserve their political ambitions later, look like fools. Claire Underwood made sure from the very start that she never had to. Her partnership with her husband is based on honesty and mutual respect. He never has an affair with someone who could blackmail them, and in fact, his muses are even hand picked by Claire herself. If she feels disrespected she doesn’t stand around and mope. She goes to the guy she has true feelings for, Adam Galloway ( last season). When she is with him, we can see she really cares for him, loves him even. Reneging on a promise to her, is not something Francis can do and live without repercussion. However, her real power is that she can end Galloway’s dignity and public image (season 2) without a second thought. Real feelings and even slight jealousy are there for people  to see as Robin Wright delivers an immaculate performance every time. Galloway has found someone else. She hadn’t known or anticipated that: slight jealousy- so she still has feelings for him. But not a flinch when she black mails him into making a public spectacle of himself. There is no other way and she is not one to hesitate making the tough decisions. Where she keeps the added weight to her conscience, we don’t know. We do see that she has one. From time to time. She is the one who notices how hard it is for older people to conform to new technology in jobs (at Starbucks, where a middle aged woman cannot use the computerized registration), and actually sees the homeless. In this, she acknowledges the plight of people she fires ( to fulfill personal ambitions) and yet, out they go. One gets the feeling that she has big goals. Bigger than the people who have to be sacrificed – even if she feels their pain- on the way. What would they be? Bringing clean drinking water to African countries? Making real social reform?

In some cases it feels like she channels the pain she felt for others she treated badly, or others who treated her badly,  towards a political goal or social reform that seems very important to her. But then, she is not loyal to that goal, that energy that emotional torpedo can dissipate whenever needed.

Francis does what is needed and often as a last minute improvisation, these eventually need a lot of covering up. Claire plans her moves. Makes them count. Even if she doesn’t lie on live TV, probably because lying is never done convincingly leaving no shadow of doubt, additionally because telling the truth makes her more powerful as her true grit is seen. Also using half truths, dislodged true incidents are much more convincing gives time for tying up lose ends in the background- as others flounder about to find details about the truth. What makes her public image less than maternal ( yes, the public doesn’t vote for cold women) is used to forward the Underwood’s political motives as she befriends the President’s wife. That friendship brings about the fall of the President.

However, what Claire Underwood really wants, remains an enigma, because she clearly is not totally devoted to her husband’s political career. She does have an affair that can harm it, she doesn’t have a traditional family that can help it. Her slight indecision about having a family, as she sees Peter Russo’s children and consults a doctor seem to underscore her steel. She may want tenderness, but she refuses the vulnerability that must come with it. When she sees the defiant and strong Gillian Cole ( Sandrine Holt) ready to compromise for the health of her child, she snubs whatever maternal instincts had got to her. For the last time. She is what I would be tempted to call a true, pure cynic. But that too, she defies. She does beleive in the impregnable nature of her marriage to Francis. Or seems to. 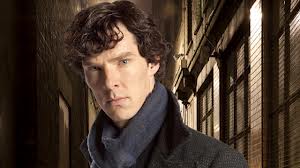 If Mycroft Holmes and Claire Underwood started a partnership and adopted Jim Moriarty, that would be one hell of a power family. Mycroft is smarter ( even Sherlock admits to that) far less endearing and far more ruthless than Sherlock. He can kill without hatred, while Sherlock can be blinded by it. The reason everyone likes Sherlock, is because he wants to be liked ( even if he will die before admitting that). He wants to be cool, he wants to show off ( a little). He is a darling. In a recent interview Cumberbatch says that no one should love Sherlock because he would ‘destroy’ you and is a ‘bastard’. Even though I am no match to his, not inconsiderable, sublime mental acuity, I still don’t agree. ‘Love’ is a cheap emotion, if given away that freely to someone you don’t even know; admiration is another matter. You just have to be half (or full) decent and a person with integrity, he won’t harm or destroy you then, even if you do ‘love’ him (Sherlock or Cumberbatch, I imagine).  If you are not, and you still love him and want something back, well, then you are insipidly stupid and we all know what he ( or any smart-ass worth the title) does to those people. The interview is here: (http://tmagazine.blogs.nytimes.com/2014/03/07/the-case-of-the-accidental-superstar/?_php=true&_type=blogs&smid=fb-nytimes&WT.z_sma=TM_TCO_20140307&bicmp=AD&bicmlukp=WT.mc_id&bicmst=1388552400000&bicmet=1420088400000&_r=0)

Mycroft, on the other hand, actually does not care about what people think, or who or what kind of people they are. He only knows where they stand. He picked a side that is conventionally the right one, but who knows what is right? I know why creator Mark Gatiss chose to play that character. He is the real player, someone to actually fear. In Claire’s merciless decisions we see that she has not picked a side, she is the side you want to be on. That is the winning side. Right or wrong.

The family of Mycroft, Claire and Jim is what Karl Marx -hoping for an equal world, did not anticipate and Orwell predict s. It can rule the world without ever being visible. Shudder at the thought. And yes, I miss you Jim Moriarty.

← Does publishing in Science make me less useless?
People of the Amazon →